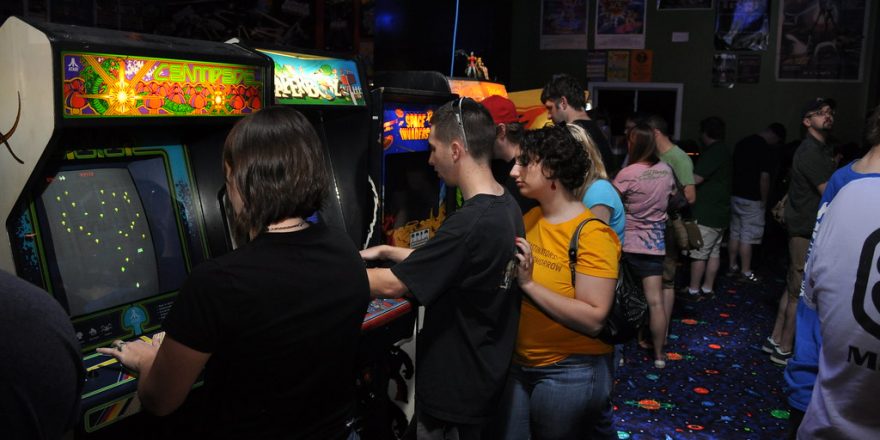 Retro Arcade All in One

Do you ever think about those sleepless nights or mornings, waking at the crack of dawn, just to play your favourite computer game for as long as possible? There was something about the era of consoles like the N64, PS1, PSP and Dreamcast that was almost magical, something you just don’t get with today’s consoles and computer games, now though you can play all of your old favourites using an emulator, all on one machine!

What is an Emulator?

An emulator is essentially software that allows the machine to ‘mimic’ the software that was used on the consoles that you used to use. The great thing about using an emulator is that the software uses today’s hardware, so you can get the full benefit of using say an Android operating system and have much more processing power than what was once offered on the older consoles.

As an example, some of the machines today the super console x pro offer 1GB of ram, Quad core processors, Bluetooth or 2.4Ghz wireless controller connectivity so, you get super-fast gaming as well as ‘cable’ free gaming along with HDMI connection between your machine and TV opposed to the old ‘jack and scart’ assembly that was once used. The great thing about the upgraded connection means that 1080p full HD resolution is achievable!

Today’s offerings are a retro gamers paradise, with the options of unlocking over 50 of the old major consoles which brings a jaw dropping selection of game titles to the table. Forget using old cartridges which we all know weren’t the best of things, often needing to be ‘blown’ to clear dust and any other debris that might have gotten inside or cds/dvd’s that often got scratched and sometimes ended up unusable.

Now there is ‘onboard’ storage available making all of the old game’s digital in format, no more ‘blowing’ of old cartridges or ‘cleaning’ of old cds. Some of the machines these days have 64GB of storage allowing up to 33’000 games, yes 33’000 games on one device, how you’d ever have to time to play them is a mystery. Then there are options such as 256GB meaning a potential library of games of up to 50’000… That surely much be a retro gamers paradise!

Where can I get one?

Most people who have read the opening blurb have already asked themselves this question and why wouldn’t you? If you do want to take a further look just do a quick Internet search and you will see the latest offerings from a few different companies, just compare the price and features then you shouldn’t go too far wrong.