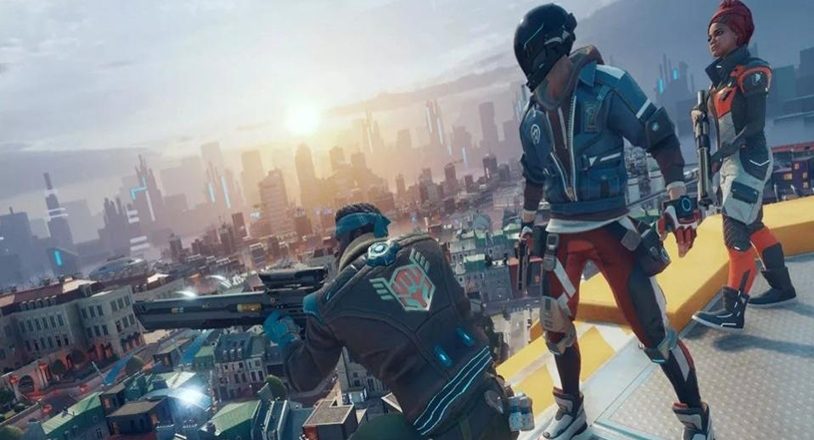 Hyper Scape Cheats: What We Like About Ubisoft’s New Battle Royale

Another game has entered the battle royale scene and starting to attract the attention of gamers in this ever-shrinking arena. This genre is currently reigned by Epic Games’ Fornite, while other publishers and developers are still trying to make a name for themselves with different levels of success.

For every online game like Call of Duty: Warzone, there are games like Radical Heights. For a game genre that is about being the last player standing, everyone seems to think that they have the chance to get at least the second or third spot in the battle royale ladder. One of the biggest gaming companies, Ubisoft (makers of popular game franchises like Rainbow Six, Assassins Creed, Ghost Recon, WatchDogs, FarCry, Monopoly, and Anno), is dropping their take on the battle-royale genre with Hyper Scape.

It is a free-to-play battle royale developed by popular game developing giant, Ubisoft. Its setting is almost incidental to the battle royale genre, but its mechanics are borne of the setting. It will take place in the future (the year 2054 to be exact), where Prisma Dimensions Corporation operates and owns the Hyper Scape, a massive virtual world that people live in. Hyper Scape is about the Crown Rush, a serious competition that takes place in the virtual world.

To find out more about battle royale genre, click here for more info.

Welcome to the Internet world

The core of this fixture is the same as other battle royale games: you can play against 99 other players, either by a squad of three or solo. As your pod touches down, players have to look for equipment and weapons to win the game better. As the game continues, city districts disappear into the digital ether. It will shrink the entire battlefield.

Finally, the last players standing will face off in a Showdown. They will either have to kill the other player or hold a crown that will spawn for 45 seconds. Hyper Scape’s development is pretty fast, with teams coming together to create it two years ago.

According to Ubisoft’s creative director, teams at Ubisoft noticed that a lot of players were streaming the games or watching other streams. It is Ubisoft’s response to this culture. According to the company, they want to create a game that lets them bring players, viewers, and streamers together so that they will have an enjoyable time interacting with each other. It is really the notion of the play as a spectacle. 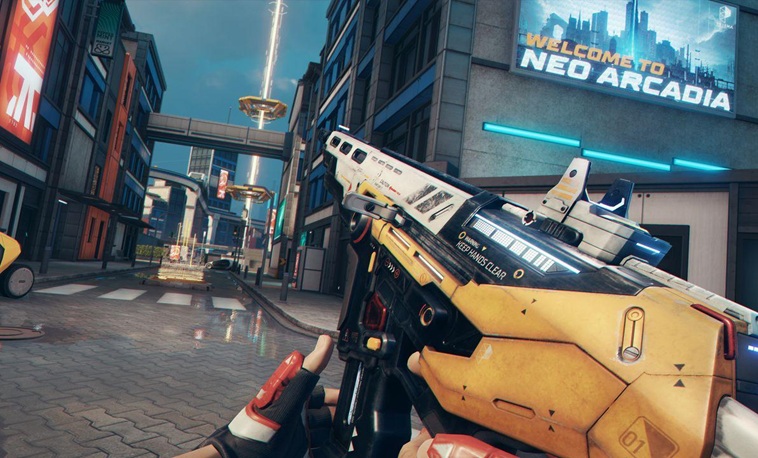 They wanted to design a very entertaining game, as well as spectacular, with a lot of action. They started designing a battle royal that brings 100 users together in one arena and ensures that it had all the elements that were the selling point of this genre.

After dropping into Neo Arcadia, players are struck by how it is a hodgepodge of ideas and concepts. This world is virtual; that is why Ubisoft can create city potpourri. There is an old cathedral next to anti-gravity columns, as well as shining modern monorails that cost over that looks like old rowhouses.

The variation in the architecture allows users to determine their location with ease, since not only all the district names are visible on the map, but its composition and looks are vastly different. Some architecture seems pretty familiar if you played Assassin’s Creed.

What is FPS? Check out https://www.techopedia.com/definition/241/first-person-shooter-fps for more information.

Going around the map

They are not a replica, but both feel like a massaged version of each other. For instance, the cathedral mentioned above feels like Assassin’s Creed Unity’s Notre Dame. At the same time, some of the rowhouses with stovepipe chimneys look like what is in the Assassin’s Creed Syndicate.

Developers do not entirely deny or confirm the charge that parts of the map are considered reused assets. Certainly, most gamers who played both franchises will feel the similarities, but for the supporters, the important part of Neo Arcadia was to bring in more diversity.

Ubisoft wanted to have things that players recognize from today. That is why there are a lot of structures that feel Parisian, but developers also wanted to introduce more elements that were very technological; for example, things like the factory district. Hyper Scape has a museum and a lot of different settings. 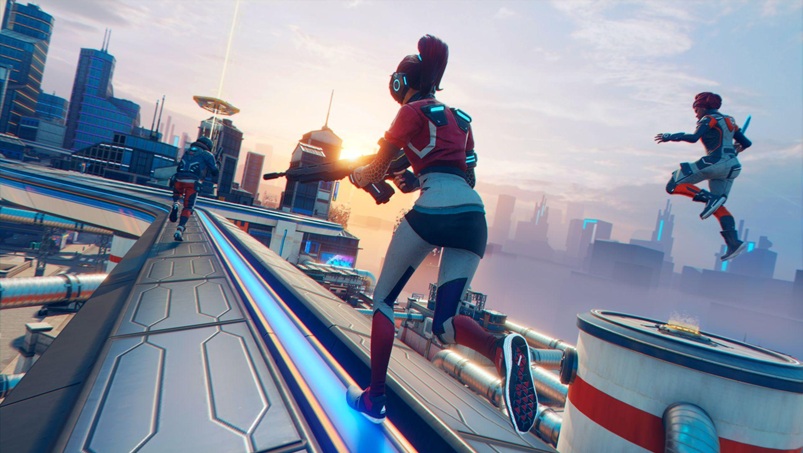 Getting around the map is also different compared to other franchises in this genre. Hyper Scape is more mobile. Users will start with an ability to run on walls vertically for short distances before they can mantle on the ledges, as well as double jumps. The back alleys and streets of the map are tighter, and there are some wide-open spaces.

If users wanted a clear line of sight, their best bet is to take the rooftops, although that also means making themselves a perfect target. Attacks come from below and above more often – that is by design. At first, it was just players jumping around and gray blocks.

The pace in the city is different – most players start slow. Being in Neo Arcadia and having to navigate it, it transformed players’ perception of the game, and Ubisoft wanted it to have a faster pace. In the beginning, there is a lot of fall damage, and immediately, developers changed all elements.

They added features like double jumps. They do not want users to just blindly shoot opponents. Navigating Neo Arcadia, being pretty skilled, being able to do intricate moves jumping from rooftop to rooftop, even using hacks for hyper scape was very important.

The nature of this world also allows developers to play around with a lot of visual tells when it comes to gameplay mechanics. When a city or district is going to be erased from the map, players will not only get a timer; they will see the city or district begin to break down and derez into digital triangles. Its effect increases as the timer count down.

It will add tension to the player’s actions: they need to risk falling or move into the void. Hyper Scape is another game that will compete with the battle royale throne. Knowing and understanding its mechanics is very important to navigate the map with ease. With Ubisoft’s reputation, we are sure that Hyper Scape will respect online gamers in no time.